Today is a much anticipated day. Some said it would never come. Others said that if it did come it could ultimately mean nothing. Still others, and myself, believe that it is a red-letter date that will be long celebrated as the day that Backdrop CMS 1.0 was launched.

Backdrop CMS is a comprehensive CMS for non-profits and small to medium sized businesses. Not inconsequentially, it is a Drupal fork.

I am on the record as saying that Backdrop CMS supplies a need in the market place. I believe that Drupal 8 is charging ahead into new and innovative territory and leaving behind a disenfranchised segment of the Drupal community. This segment includes both those who need websites and those who create them. The Drupal 7 methodology is a proven success. Backdrop CMS builds upon that success and prepares the way for a continued bright and prosperous future.

Before I continue my take on all of this, Let me give you a brief glimpse of the early days of BackdropCMS. 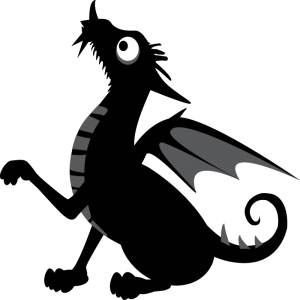 I don’t know how many people want to weed through all of those blogs and podcasts, but I can tell you that many of us lived through it and it was exciting! I was glued to my Mac trying to keep track of it all. I wanted to hear what the Drupal Easy guys had to say. I wanted to hear what Nate and Jen had to say on their interviews. I wanted some sense of what people thought about it, how they reacted, etc. In short, it was very important to me that I maintained some sense of how the Drupal Community at large felt about the whole idea of Backdrop CMS.

Why care what the Drupal community feels about BackdropCMS?

Well… Back on 9/11/13 when the twitter-sphere lit up about BackdropCMS, I too tweeted out that I supported it. Within minutes of my tweet, I got an email from Dries asking me why I supported it. We ended up discussing many aspects of the whole situation. We didn’t really end the exchange with anything concrete other than the fact that we started with different perspectives and feelings and we ended with those same different feelings and perspectives. Since then, I've enjoyed many conversations with community members as we discuss the impact that Backdrop CMS is having or will have on the Drupal Community.

As the title so boldly states, Backdrop CMS 1.0 is here! This is going to change many things. I look forward to watching as more and more people discover this new, and powerful tool and begin recommending it to their clients who already love Drupal and wish to enjoy increased functionality without the dramatic changes.