Why I'm not going to DrupalCamp Indy 2011 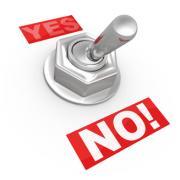 Tomorrow is DrupalCamp Indy2011 but I won't be there.

I started the Indy Drupal Users Group in January of 2008, within a month of discovering that Drupal existed. I knew then that the Drupal Community was an active bunch that seemed to love to gather together as often as possible.

Fast forward to today and I have been to 22 DrupalCamps in the last 36months, not to mention PHP meetups in two states, Local Drupal Group meetups in a couple states, Linux Fests, a Uniforum, DrupalCons, HackFests, Business Summits, Event Organizing Meetings, etc.

I've traveled far and wide and often for Drupal! I have to say, it has REALLY paid off! I can blog about that later, but suffice to say that being THAT visible is the best SEO and AD campaign one can have. I NEVER set out to achieve that goal, but it occurred organically.

So WHY am I not attending my own Drupal Camp in 25hours from the writing of this post? 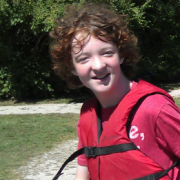 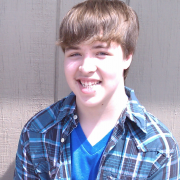 I will be attending a Father-Son retreat in Michigan where I will be doing some much needed catchup with my two boys.

Between the heavy training schedule and renting a house in Ohio this year to satisfy the Ohio Board of Regents, it has been a pretty invisible year for me and the family.

Me and the boys [Left = AVERY, Right + TYLER] are going to a Camp grounds in Michigan that has paintball, trap shooting, and target shooting among many other activities. It will be an excellant time to leave the girls and Drupal behind and just be THE GUYS!!

The specific event we are attending occurs twice a year and I was out of town [SHOCKER!] for the previous one. So I'm passing on my Camp to make this event a priority.

I'm posting this to Drupal Planet not because it's a well written technical document, but because I wanted to share the story. I want to encourage all of you to step away from the DROP every now and again and take advantage of opportunities that are also important to you.

p.s.  You'll still see me at DrupalCamps in OHIO Dec3rd and SanDiego in January!

I can respect that.  When you choose to do one thing, you are choosing not to do everything else during that time.  Health and happiness.

Was just reading your post on g.d.o which brought me here. Thanks for an important lesson today - family first. I'm overwhelmed with work and volunteer stuff right now, but I took the last two days off to be with my kids. I probably won't remember what work i got behind on these last couple of days, but I sure will remember this terrific thanksgiving holiday with my family.

I had a lot of fun at camp with you, even though I got pantsed by a tire (Don't ask)

Great decision, Doug! You won't regret it. Have a great weekend.

I've had to step away for a little bit and the time has been well served to help me regroup and re-prioritize and I'm coming back with more vigor now. It's been good meeting you at the conferences here in the southeast and look forward to you returning next year. Take care.

You got it right, Doug. The kids, their youth and these opportunities are more fleeting than you can imagine. You have to grab them when you can.